In no particular order, let’s take a look at this year’s hits and misses…

First of all, Angie-Jo wore colour. Actual colour. All over her. And she does sort of look like Ariel’s fin but we can look past this because the woman looks so much more alive when she steps away from the black.

Christina looks great, but she has come dressed as her actual perfume bottle.

Nicole matched her dress to her skin.

And I don’t really have an opinion on what Natalie wore because I still can’t help inwardly squeeing about all her recent good news whenever I look at her because she is possibly the most fabulous person to walk the planet. 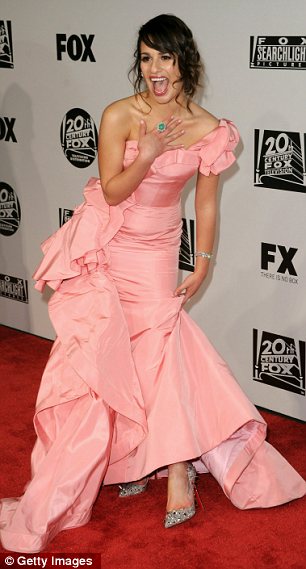 Lea Michele looks as annoying as her Glee character. Which, by the way, is one of the reasons why I have been absent from blogging since before Christmas. I discovered it and became obsessed.

And Amber Riley looks far less annoying and has a far nicer dress.

And I don’t know how anyone can cover every last inch of themselves in sequins with odd shaped-shoulders and still look utterly gorgeous. But Anne Hathaway managed to. But then, she could pull off a bin bag.

View all posts by Lindsey Bowers